On War and Marriage

In February of 2003, my then fiancé and I deployed to Kuwait in support of Operation Iraqi Freedom. About 3 months later we moved north following the invasion and spent 9 more months at Camp Balad, Iraq, providing logistical support to the war-fighters. 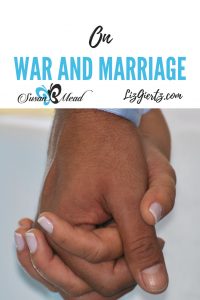 I used to joke that my husband had seen me at my absolute worst after a yearlong combat tour in the hot and dusty Asian desert where I often went a couple weeks without a shower, and he married me anyway. I think we assumed marriage would be smooth sailing after that.

But we were wrong.

As unattractive (and smelly) as I must have been covered in several layers of sand and grime, toting a rifle, wearing full combat gear, under intense and constant stress, with very little sleep, I wasn’t prepared for the ugliness sharing a home and making a family with someone I loved dearly would uncover in my heart. War and marriage intertwined revealing:

A deep-seeded desire to win.
The tendency to withhold sex as a retaliatory weapon.
Harsh remarks launched like missiles.
An inability to communicate effectively under tense circumstances.
Anger, selfishness, laziness, revenge.

You see, marriage is messy and it reveals messes deep within our hearts.

Yet God uses it as a picture of His relationship to us, His covenantal and undying love for us, His sacrifice to have us. The Church is often referred to as the bride of Christ, but marriage is more than just a parable, it is a tool God uses to sanctify and prepare us for when the Bridegroom returns. So, when marriages fail, our perceptions of God’s commitment to us are tainted. And that is when Satan gets a foothold in our hearts.

Our husbands are not our enemies, Satan is.

When we treat our marriages like armed conflicts, we’re losing the spiritual warfare our real enemy wages against us. But there is help and hope. According to God’s design, we never fight alone. He is with us in every skirmish and battle. He is the ally Who makes us victorious.

Too often, though, we suffer in silence and shame.

Why are we so afraid to admit that marriage is messy? Christians, maybe more than anyone else, ought to understand the implications of putting two sinners under one roof. Instead, we seem to think that if our marriage is under attack it means we’ve done something wrong or fallen out of God’s favor, but that is just another terrible tactic Satan uses to keep us afraid and isolated, feeling cut off from those ready to stand up for us.

Isn’t it time we started fighting for our marriages?

There is a better way. When we are willing to follow His battle plan, God is able to make peace where there’s been war, and create masterpieces from our messes.

Liz’s recent book, When Marriage Gets Messy, addresses 10 common messes married couples make and walks wives through biblically-based strategies to defeat the enemy’s attacks. In an 11-week workbook format, it provides daily prayer, study, and practical exercises to help you hone your heart for your husband according to God’s design. It is great for individual or small group study for both newlyweds and those who already have decades of marital service under their belts.

So, won’t you join me and Liz as we all lock arms to become a generation of women battling together against Satan’s attack on our marriages—wives willing to fight for our marriages?

Remember – the best battles begin on our knees. 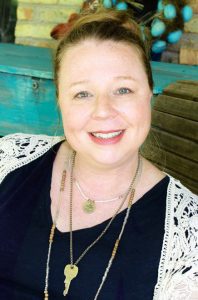 Liz Giertz is an Army Veteran who traded her M-16 and combat boots for a craft apron and a glue gun. After nearly 10 years of active duty service, she is now an Army wife and mom to two boisterous boys. Until her husband’s next assignment, they call Hurricane, WV, home. She is passionate about gathering women around her craft table, affectionately referred to as “My Messy Desk,” to create a community, encouraging them to overcome MESSES, and embrace their MEMORIES as they become the MASTERPIECES God created them to be.

You can also find a selection of her hand-crafted items in her Etsy shop. 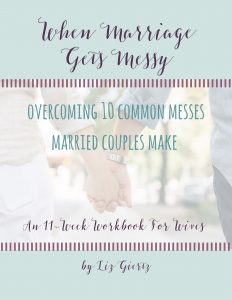 Her debut book, When Marriage Gets Messy: Overcoming 10 Common Messes Married Couples Make, is an 11-week workbook for wives who want to model their marriage after the Master’s plan (rather than a war and marriage battle plan!).

Get your copy of When Marriage Gets Messy: Overcoming 10 Common Messes Married Couples Make on Amazon or Barnes and Noble – today.

22 thoughts on “On War and Marriage, The Master’s Plan by Liz Giertz”

The beginning of wisdom is this: Get wisdom. Though it cost all you have, get understanding.
Proverbs 4:7
DailyVerses.net