OK, yet I wondered where I was going. Honestly, I had to Google Malawi to find out it’s in Africa, not Indonesia as I incorrectly thought. 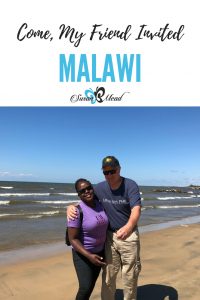 Africa pulls at my heart. I’ve wanted to go since my cousin brought a hand-carved wooden turtle to me from her trip as a teenager to Mount Kilimanjaro in Tanzania, near Kenya. I also recall writing a paper in college titled Africa is Old. Wish I still had a copy – yet that was long before computers, Dropbox and external storage.

Can I tell you I fell in love? I learned that connection creates community and unity. I connected at a heart level with so many wonderful people – and places too! My spirit is united to theirs.

Lord, I pray for a lifetime of love for Your sons and daughters. 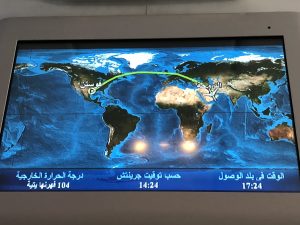 Our first stop was Doha, Qatar. Never heard of Doha before, yet it rivals Dubai. It’s a young, vibrant and stunningly beautiful architectural masterpiece on the Persian Gulf, including the IM Pei designed Museum of Islamic Art. Directly across the Persian Gulf sits Iran…

Three of us girls hired a cab to explore Doha at night. What we discovered:

My seat mate (besides the young mom with the beautiful baby girl who cooed and slept much of the way) was a doctor from India who’d been a keynote speaker at a nutritional conference in Houston. Brilliant and very engaging, he asked about the book I was reading – Imagine Heaven by John Burke.

A lively discussion ensued regarding the stories told of near death experiences (NDE) and the similarities experienced across many differences, which led us to Jesus. He likes Jesus yet wanted to know MORE about Him. Thank You, Lord, for an opportunity to share MORE about You with one of Your sons from India – while I was headed to Africa.

Thank God I packed an extra Bible in my backpack.

Next stop, Nampulu, Mozambique. It’s a scheduled stop for travelers to depart or board en route to Lilongwe, Malawi. I asked the flight attendants if I could walk down the stairs to step into Mozambique itself. “That’s NOT allowed,” snarled the elegantly coiffed yet surly flight attendant as she turned to assist another.

“Say hello to the gentleman down there,” instructed the other attendant as he held out a hand to guide me. I waved furiously from the doorway at the baggage handlers below. “No, go shake his hand,” he instructed me. So I did!

I learned it’s OK to shake hands yet not to disembarque from the plane from this wise and thoughtful gentleman as he guided my feet to meet Mozambique. (Ha! That rhymes.)

I raised my arms in praise to my God and King in the universal sign for VICTORY!

Thank You, Lord, for positioning this generous man precisely where You needed him to be for me to step into another country so far from home that day. No Visa obtained and no stamp stuck on my passport, yet the experience of stepping into Nampulu, Mozambique is mine forever.

Next stop, Lilongwe, Malawi. A cheering squad greeted us at the airport! Much of Pamela Siegmund’s family is from Lilongwe and other parts of Malawi. They came to take us HOME with them as the hosts for our 2 week stay. Generous. Did I share the motto of Malawi is “the warm heart of Africa.” Warm indeed!

I learned they are all our “aunties” and “uncles.” Or “mammas” or “agogos” – which means either great or grand as in great aunt or grandmother. I adopted them all – and become agogo to many. I didn’t even know I wanted to be an agogo – yet my heart was stolen and sealed.

Maggie and Madalitso and Pauline hosted us. Atu and Chimwemwe took 16 days of vacation to be our translators, drivers, etc. Takunda drove many times. Thandy, Takunda’s wife, enthralled us with her luminous brown eyes – and expanding belly. She and Takunda are expecting their first child in a few months. Atu’s son, Chiro, stole our hearts as only a 10 month old can. He is Maggie and Madalitso first grandchild. I embarrassed to say I don’t remember how to spell his mom’s name!

This family embraced us. Why? Aunt Pauline raised Pamela Siegmund. And Pamela’s husband Bruce organized the trip. Our family grew as they called us their own. 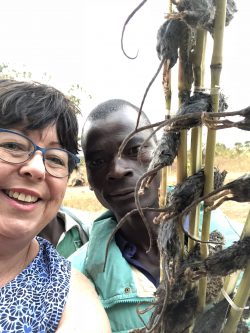 Francis cooked – a professionally trained executive chef. When I hung around the kitchen to help Francis, he PROMOTED me to Executive Chef. He sure found a way to keep me, his help, handy…

I must say, it was the best food EVER. 100% organic and all natural sums it up. Except those “Mice” Krispies sold near the airport…I skipped them. 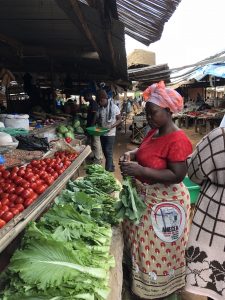 And shopping with Francis and Maggie in the market in Nkhotakota was quite the experience.

Off to Dzaleka Refugee Camp we headed. I had no concept of what a United Nations Refugee Camp looked like or how it functioned. Now I see through a small window into this world where wars have torn apart countries, communities and families.

Dzaleka Refugee Camp houses about 35,000 people, most from the war-torn Democratic Republic of Congo (DRC). New residents are given a plot of ground, a blanket and a bamboo mat to sleep on. Many have been there for as long as 19 years. YEARS. They make their own bricks to build their own homes.

Makes me wonder – would I be a homeowner given those parameters? 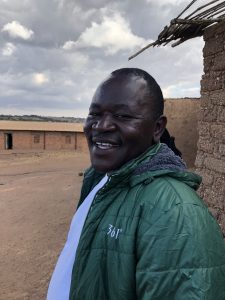 In this hard place, there are few soft spots. Not even a pillow to lay their heads upon is provided. Yet Pastor Desire is there. His real name is long, so the moniker of Pastor Desire suffices as he desires MORE for himself and his congregation, Integrity Family Church.

They’ve built a church, a school and a loving community with a youth group, a women’s ministry and a men’s ministry and so much more. That gives people purpose and vision. Pastor Desire shines the light and truth of Jesus in the dark bleakness of this dusty outpost for humanity. He touches hearts – with HOPE.

My hope – that the DRC is reconciled and these refugees can return HOME one day.

Tribal factions shatter. Guerilla warriors rampage, mutilate and murder millions. Many simply seek a safe place to lay their head or raise their family. Children have witnessed their parents murdered in front of them – and walked from one country to another, then another until they find themselves at a place they find refuge. It’s called a Refugee Camp for this reason.

They are largely forgotten people, without legal papers, making it illegal for them to work or travel. Challenges exist to get an education much less attend university. They are not illiterate. They WANT to work, yet are constrained within the confines of the camp.

Yet there is HOPE.

John has been accepted to African Bible College! At 26, he taught the students at the school in the camp. Fluent in French and Swahili, he is still learning English. A scholarship enables him to attend ABC, as least for the first year.

John’s concern? The education of his niece and nephew, as he had provided for them from what he earned teaching at the school. About $3.50 US per month for 10 months provides tuition for one child. 2500 Kwacha per month for a child to learn…

Their tuition has been covered for the upcoming year. We could not leave without ensuring these two little ones were provided for. That $7 for my share amounts to a hamburger I’ll skip later this month… 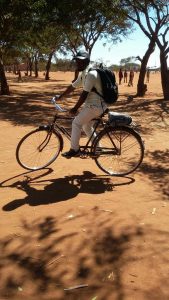 And John – that young man stole my heart! He calls me mummy. God allowed a bicycle to be donated to him. The cool thing is it will provide for both John and his brother Martin.

John will focus on studying and school, so he will leave the bike at the camp for Martin to transport people and produce to the camp from “the bush,” which could bring in as much at 2000 to 4000 Kwacha per day. That’s about $2.70 to $5.40 per day. They will split the proceeds, providing for two instead of just one. Isn’t God good?

Looking to the change Uganda experienced over the past 40+ years provides a glimmer of hope for the DRC. Edi Amin Dada ruled in terror in the 1970’s. Uganda is now a predominantly Christian country. That spells HOPE that reunification of a country is possible.

Wycliffe Bible Translators is working to build a translation center in the DRC right NOW! The DRC is a multilingual country where an estimated total of 242 languages are spoken. When the word of God is brought to a tribal community in their own language, the heart of God moves through the people.

Here is the link to see what Wycliffe is doing. Make a note to support DRC if you feel moved to do so. A little goes such a long way to changing a person, then a country.

So what did I learn in Africa?

Makes me wonder where my feet – and yours – will wander.

For we brought nothing into the world, and we can take nothing out of it. But if we have food and clothing, we will be content with that.
1 Timothy 6:7-8
DailyVerses.net