John Stahl is sharing a story with us today. Pastor. Friend. Author. Passionately in love with Jesus. His challenge to each one of us is this – #JustJesusThem!

One Sunday I was enjoying a football game on TV, as comfortable as could be. People from our church were making a visit in my neighborhood that very day. I was the leader of this group whenever the actual leader was unavailable and this was one of those days.

I was not happy with the situation.

My neighbor (also John) was gone most of the time. As we approached his door, I hoped he would be anywhere but his house. I knocked. No answer. I turned to leave when one of the people asked me to try again. I did so. Still, no answer.

I turned to leave just as the other gentleman in the group knocked on the door even louder. I knew no one was home and football was calling me – loudly. At that moment, the door opened a couple inches.

Darkness crept out the door followed by a whispered, “John?” The door swung open and there stood my neighbor – in tears.

John quickly invited us into his house. It was full of clutter. The couches had newspapers and old mail stacked everywhere. There was nowhere to sit. After frantically clearing off the couches, we sat down for a visit.

John stared blankly into my eyes. He was in a fog. His next sentences went right to the heart of his struggles. “I work hard to take care of my family. I put in extra hours to take care of their every need. Time flew by and my two boys grew up and graduated, and my little girl became independent. Now my wife is leaving me for another man.”

He was worse than a distant dad. He had become invisible.

John looked into my eyes. For all the years he had gone to church, heard about Jesus, was taught about Jesus, John had never taken the time to ask Jesus into his heart. On this day, John took the time.

By the end of our conversation, John was resolved he had a place in heaven with Jesus. I put my hand on the back of his neck as he sobbed uncontrollably. That’s when I noticed the things John had in his hand earlier and had put on the table in front of him: his car keys, a hose, and a roll of duct tape.

John squirmed in his seat, but finally came up with the nerve to speak. Looking at me with tears in his eyes, he said, “The reason it took me so long to answer the door today was because I was heading out the back door. I could see no other way out. I just wanted it to end. I was hoping God would give me a way out.”

“I stood at the door for the longest time. I could not find the strength to turn the doorknob to head out to the garage and get in my car. I was finally at that point and I grabbed the doorknob when I heard a knock at the front door. I wanted to ignore it, but you kept knocking. I decided to at least look to see who it was. When I saw that it was you, I knew I had to answer the door. Had I not done that, well…”

His voice trailed off to the silence that filled the room.

Twenty years later, there are still days that I think about that day. I thank God He brought the right people at the right time into my life. At just the right time, within these God moments, He sent ones to help give me the strength to walk across the road, knock on the door of my neighbor to Jesus someone.

22 But be doers of the word, and not hearers only, deceiving yourselves. 23 For if anyone is a hearer of the word and not a doer, he is like a man who looks intently at his natural face in a mirror. 24 For he looks at himself and goes away and at once forgets what he was like. 25 But the one who looks into the perfect law, the law of liberty, and perseveres, being no hearer who forgets but a doer who acts, he will be blessed in his doing. James 1:22-25 (ESV)

I challenge you. Be a doer of the word and #JustJesusThem.

A little about John: 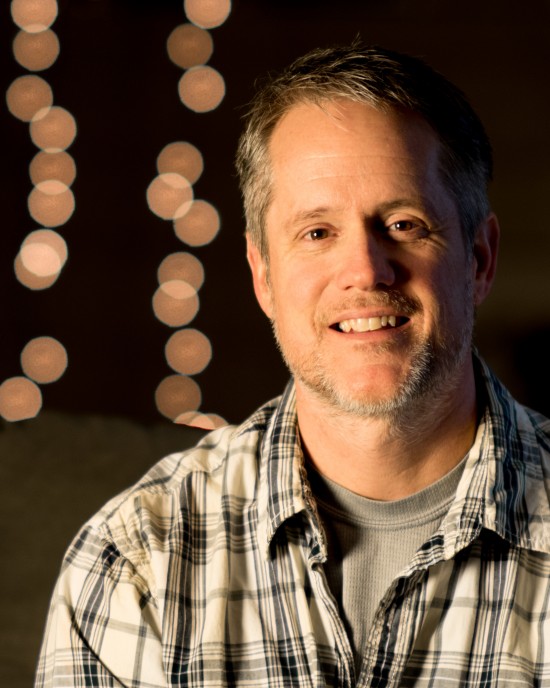 John Stahl was born and raised in Ohio and has been a pastor for the past decade. John started writing because he kept hearing other pastoral friends say, “I should write a book….” So, he did. 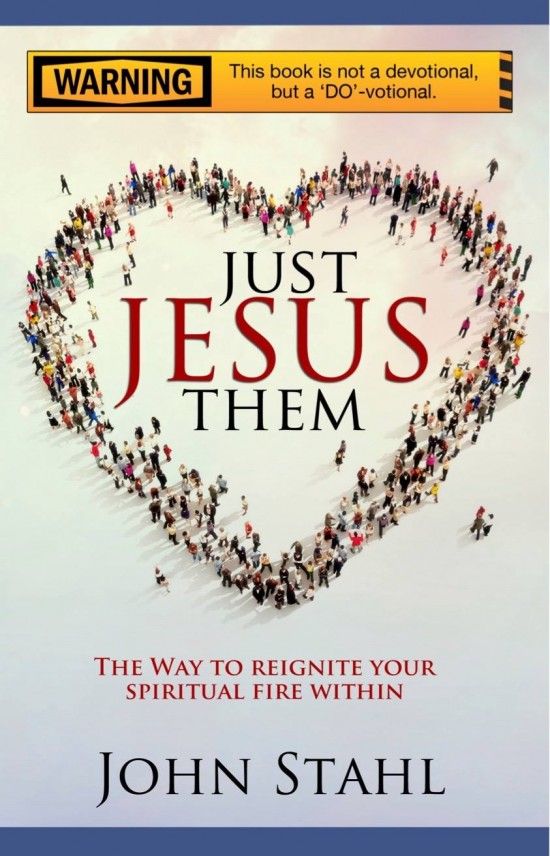 Just JESUS Them is John’s first book and is about living our faith. That is why it comes with its own WARNING symbol that states this is NOT a devotional but a DO-votional. John wants to challenge each of us to live our faith daily by loving others as Jesus loved others.

If this story grabbed your attention, can you imagine how his book will engage you?

Get the book Just JESUS Them.

Comment below for your chance to win Just JESUS Them! John has graciously agreed to donate 5 (YES FIVE!) books to my readers.  Don’t you love dear friends who like to give good gifts – like our Father?!

21 thoughts on “Just Jesus Them – Linkup”