The words digitalization and digitization might look so similar written down that they look like the same word. But that extra syllable in the middle of digitalization contains a lot of important meaning. Digitization is nothing compared to digitalization when it comes to the future of your enterprise.

Digitization is arguably the simplest of the two to understand. Essentially what you’re doing here is moving over all your paper-based processes and making them digital. You’re not changing the character of anything you’re doing, you’re just moving it online, into the cloud, or using word processing applications.

Most companies have been digitizing for a long time. You’ll often hear firms extolling the virtues of “going paperless” which usually means sending their clients invoices by email. 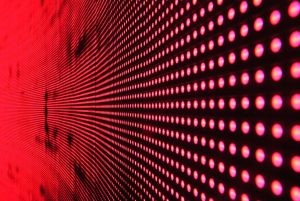 The important point to note here is digitization doesn’t fundamentally change any aspect of the business model. It’s just converting a process into a digital format. There’s nothing particularly revolutionary about it. It’s all quite mundane.

If you are to look at how people talk about digitization, though, you’d come to the opposite conclusion. It seems like the most impressive thing happening in business today and something that you should want to be a part of, as an aspiring business leader. Nothing could be further from the truth.

Digitalization or digital transformation is something fundamentally different from digitization. Here you’re not just slotting new technologies into your existing processes. Instead, you’re using technological capabilities to redesign your business model from the ground up. You’re not taking anything for granted at all.

Websites like www.spectrumwise.com talk about how companies can use digital tools to transform their processes and update their business models. Nothing is more important than going right to the frontier of what is technologically possible. Remember, if you’re not doing it, your rivals will be.

You can see examples of how digital transformation is changing how companies operate from the ground up.

Just look at how much Domino’s Pizza changed in recent years. In the past, you had to call the pizza shop up, give garbled instructions over the phone, and hope against hope the person on the other end understood you. It was an annoying and time-consuming process.

Today, though, things are different. Dominos changed its entire model. Now customers just select what they want via an app, pay, and then get their order automatically transferred to a local shop, based on their location. It’s an entirely different strategy. And it is something that has helped the pizza brand go from strength to strength.

Tesla Motors is doing something similar. It could have just been another car company according to www.investopedia.com. But it chose to build itself around collecting data. And that means that it can now offer capabilities that other manufacturers simply cannot match.

Tesla has had over-the-air updates for the last seven years, and still, no other automakers are even getting close. It began its digital transformation early, providing it with massive market advantages. Try exploring your options today and see how it could make your enterprise more robust.

Have fun as you seek options that can transform your business. Why? Here’s what God’s word says about that:

Work willingly at whatever you do, as though you were working for the Lord rather than for people.

Now all has been heard; here is the conclusion of the matter: Fear God and keep his commandments, for this is the duty of all mankind.
Ecclesiastes 12:13
DailyVerses.net