There is a culprit…

I was at a local middle school conducting an author visit and had just finished my talk when an adorable seventh-grade boy asked if we could step away from the crowd so he could speak with me. I’ll never forget what he said: “I picked out a day to kill myself.”

It’s one thing to know the statistical fact that suicide is the second-leading cause of death among young people. It’s another thing to personally know and love a student who attempts or succeeds at taking his or her life. Harder still is to bury one’s own child who lost the will to live.

If it seems like you’re hearing more tragic stories than ever lately about young people committing suicide, it’s no coincidence. According to an article in USA Today, the number of children and teens admitted to hospitals for contemplating suicide or self-harm has more than doubled in the last decade.

Researchers have a variety of theories: the graphic nature of the internet, school-related stressors, economic disadvantages, the negative side effects of antidepressants, and of course, bullying. Then there are TV shows like 13 Reasons Why . . . (sigh).

While I fully acknowledge the potential of these factors to sway students, I’m convinced that the root cause of suicide was made known a long time ago, in the Bible. Furthermore, I believe that behind every case of suicidal hopelessness and despair, demonic influences are at work.

The Bible tells us that Satan comes to steal, kill and destroy (John 10:10), and that he’s always on the hunt for victims to devour (1 Peter 5:8 ). Scripture also says in this life, our real fight is in the unseen spiritual realm; we wrestle against demonic powers and principalities, rulers of darkness, and spiritual forces of wickedness (Ephesians 6:12).

If that sounds a little “out there” to you, consider how this plays out in everyday life.

Whether considered the result of a chemical imbalance, mental instability or some other factor, suicidal people battle self-sabotaging thoughts, such as . . .

My life isn’t worth living.

No one will care if I die.

The only way out of this is to kill myself.

You and I recognize that those statements are lies, right? Well, Satan’s weapon is lies (John 8:44), and he knows how to use people, circumstances, and demonic voices aimed at the human soul to oppress his intended targets. You can’t examine this under a microscope or prove it through blood sample analysis.

If you listen to a suicidal person who’s willing to open up, you’ll find it every time: the lie he or she is believing.

A friend of mine shared how her young relative admitted to hearing voices that beckoned her to kill herself; weeks later, the girl jumped in front of a moving train. Although often unreported, hearing oppressive voices is not as rare as some may think—if not a tangible sound in a suicidal person’s ear, it’s so strong in his or her mind that it feels audible.

Are we sure that’s pure insanity?

As our society becomes increasingly skeptical, if not antagonistic, of biblical truth, students have no clue that there is a spiritual enemy who’s out to destroy them, much less how to combat his lies with the hope and truth found in Christ. Combine that with the moral and social decay reaped by a society that widely rejects God’s standards for righteous living, and it’s no wonder despair is on an exponential rise.

I’m grateful for anti-suicide programs and hotlines that students can call in times of desperation. That said, the Bible gives the ultimate solution for counteracting the crises:

. . . if my people, who are called by my name, will humble themselves and pray and seek my face and turn from their wicked ways, then I will hear from heaven, and I will forgive their sin and will heal their land. 2 Chronicles 2:14

That’s no pie-in-the-sky strategy. If God’s children will unite in a widespread, consistent commitment to prayer, demonic forces will lose ground.

When prayer is combined with an intentional effort to help students grasp the spiritual battle that rages and the biblical truth to overcome evil lies, we pave the way for potential suicide victims to instead choose to live their lives to the fullest—and inspire their peers to do the same.

You don’t have to take my word for it. Watch the testimony of the seventh-grade boy who confided in me about his plans to kill himself:

Then get Laura’s book The Delusion here. 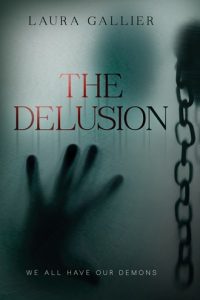 You may not know that I lost a sister – a PhD nurse – to suicide. The enemy is real and his ways are insidious. She too heard what she called “crickets in my head ALL.THE.TIME.” Oh what I did not know then…

I must share this – lies of the enemy are revealed and exposed as you read The Delusion, spellbound by Laura’s powerful words.

Save a teen life. Get The Delusion book into their hands.  Now.

In a youth culture intrigued by the paranormal yet often skeptical of biblical claims, author and speaker Laura Gallier seeks to bring awareness and understanding to issues surrounding the supernatural. Having battled her own enemies of the soul throughout her teen and young adult years, she is on a mission to expose deception with the light of truth, bringing hope and healing to a generation in need. 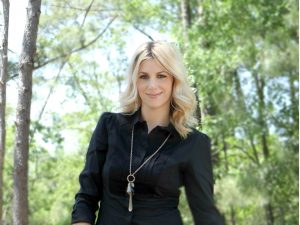 Laura lives in the greater Houston area with her husband, Patrick, and their three children. Get to know Laura better on her website. And pray for her community in the midst of Hurricane Harvey.

The beginning of wisdom is this: Get wisdom. Though it cost all you have, get understanding.
Proverbs 4:7
DailyVerses.net