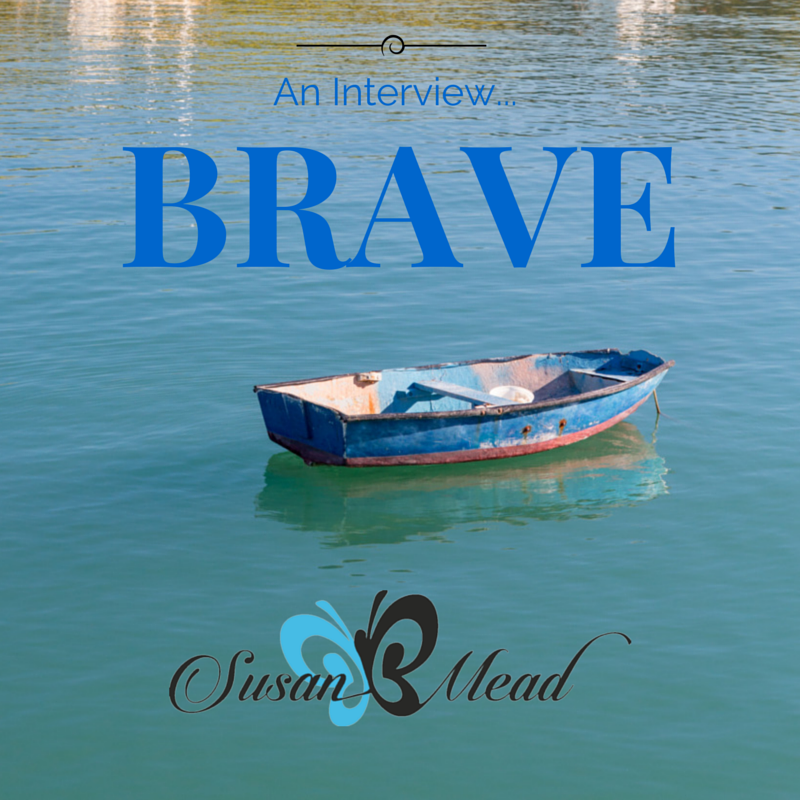 Brave…An Interview of Susan B Mead by Mary Agnes Antonopoulos

Mary Agnes:        What was the bravest thing that happened after Kyle passed away, Susan?

Mary Agnes:        Getting in the limo and following. You mean the hearse?

That’s what he would call and tell me. He would call his granny (he called his best friend’s grandmother Granny) and say, “Hey Mammoo, how are you? Let’s go party! Shake your booty!”

Mary Agnes:        What was the bravest you had to do with other people… because people have a tendency to get it wrong around death.

Susan:                     That’s a really good question. I think brave is forging a new path when you don’t know where you’re going period and being willing to feel your way along until you get to solid ground. I think that’s a good definition for brave. You might not know exactly where you’re going but you figure it out along the way. Even if you have just a tiny light shining, it’s like, “Somebody else has done this, I can too. Let me go that way.”

Mary Agnes:        Did you have to walk away from societal convention at points?  I mean, what society would do or would think, and instead, you would just have to shake it off and just do what worked for you guys?

Susan:                     I think each one of us was so different. When you’re so broken you don’t even really think about the other people. I didn’t know how to take care of me, much less Holt or Matt, honestly. That’s what’s so hard is, I had to look at them and think they’re so different, they’re not going to grieve like I grieve. I can’t expect them to and I certainly can’t make them. Figuring out how to deal with that was probably part brave as well, letting each one of us grieve differently.

Mary Agnes:        Writing that book was brave.  I think every step of this book was brave, like when you could feel that voice of God say, “Sing My love song.” It was brave to try to sing it and then to go to the conference and then the next conference. Then you came to work with me as your rep, and I turned you down twice in a flat minute. It was brave, you kept … It’s tenacity to write a book and I think you’ve showed so much courage. As your friend I just have to tell you that.

Mary Agnes:        Then you have fearlessly asked for support around launching it; and then head to New York to meet publicity.

Mary Agnes:        Have you been scared as you went through this process? Pen to paper to write the book and then to get it published and make the financial investment and then to do the movie. Has it been scary?

Mary Agnes:        Yeah. I had a friend I sponsored in AA who lost her daughter.  She said that you’re in the club nobody ever wants to join.

Susan:                     Good. To me I saw a light shining with my two friends that had lost children and they were laughing and living and smiling again. If they could, I could. That was my example.

Mary Agnes:        I always felt like grief was a lake, a big lake, like the lake I live on now. When someone dies, you run to the water and you look out this vast expanse and you know your job is to drink it. It’s filled with tears and once you can drink all the tears you can get on with it. At first there are times when you’re just going to drown and you’re never going to drink the lake, you just know it’s impossible. Then other times you come and you’re like I just need to drink, drink, drink, drink, drink and then you drink so much that you’re sick and just, there’s no way. Then as it becomes more manageable you go and you sit by the lake and maybe you take a little sip out or you lay on your back and float in the water and remember the person.

You just know, it’s your lake. You don’t have to drink it or … It’s your lake and it’s yours, it’s so private and you can come there and you can invite other people if you want. Every once in a while you’re not on the shore or in the safe little shallow part. You’re drowning in the middle and you don’t think you’re going to survive. Then there was a little rowboat there and I climbed into it.

That’s what Dance with Jesus: From Grief to Grace has been to me. A life raft.”

That is how I feel about your book, on this anniversary of my dad’s death.

Mary Agnes:        And then I laid on the bottom of the rowboat and watched the stars above me.

Mary Agnes is a social media strategist with notable clients like Jack Canfield, JJ Virgin, Panera Bread and 1000s of others. She may be reached at www. MaryAgnes.com

Our God is in heaven; he does whatever pleases him.
Psalm 115:3
DailyVerses.net